As our name reflects, the Louisiana Purchase --and the exchange of ideas it afforded -- changed the course of history and shoes everywhere. If you don't know the story yet, find it here.

It was Native Americans who showed explorers the secret to leather shoes that molded to their feet - creating unprecedented comfort and natural support. In honor of Native American Heritage Month, which begins the day after Halloween, we pay tribute to the bedrock beneficence of Native Americans -- they gave us far more than Thanksgiving dinner!

Vanilla. Only two out of ninety varieties of orchid flower produce the "vanilla beans" needed to create this rich, unique flavor. It took the natives to teach Europeans how to coax flavor from the pods and seeds.

Government. Ben Franklin has said the idea of a federal government -- giving some power to a central leadership, and others to the states -- had its roots in the Iroquois League of Nations. The Constitution itself reveals its debt to the wisdom of the Iroquois constitution that upheld the principles of peace, equity, justice and the "power of good minds."

Medicine. Natives treated fractures of bones and sutured wounds and incisions with human hair. They also had an approach to anesthesia that far outpaced that of European doctors, who often rendered patients unconscious by clobbering them on the head. In contrast, Natives drew on their knowledge of plants for herbal sedatives like Peyote and "Jamestown weed," skillfully applied tourniquets and astringents, and built hypodermic needles out of bird bones and animal bladders to inject medicine beneath the skin.


Farming.  In addition to sharing advanced irrigation systems, Natives taught the Pilgrims "how to smoke and dry indigenous meat and fish and how to plant the 'three sisters' -- corn, beans, and squash -- in mounds fertilized by fish and blessed by powdered tobacco, which is also a natural insect repellent," reported the Pittsburgh Post Gazette.

Comfort, style, the pursuit of happiness -- it's no wonder we owe a debt of gratitude to America's indigenous people!

When you're looking for a shoe or boot to power through colder temperatures, busy days at work and even busier weekends, look no further than 1803footwear.com. Stores this time of year get more crowded and chaotic; at our site, you can "click in comfort" and know that we stand by every pair we sell. Sit back, relax, browse our fall styles and sales, and enjoy your vanilla latte.
Posted by Hollowick Inc. at 11:35 AM No comments:

"Let's start this day on the right foot."

"Now the shoe is on the other foot."


With the colorful idioms and expressions about shoes in American English, it's easy to forget there was a time when shoes were stiff, symmetrical and restrictive -- a "luxury"(if one considers pain a privilege) reserved for the very wealthy. And as you might gather from our name, it was before the year 1803 -- shortly after America gave Britain "the boot."

It's an exciting time for early American history. The explosive forces that rocked, roiled and shaped our nation surge to life through hip-hop in the Tony-award tour de force called Hamilton: An American Musical. The show's creator, Lin-Manuel Miranda, appears on Saturday Night Live this weekend.

Naturally, expressions of footwear appear in the lyrics -- notably the lyric "If the shoe fits, wear it" (during a rap battle between the Founding Fathers). We would argue that America had shoes on the brain from the beginning. Check out the Gadsden flag, an early motto of the Revolution. 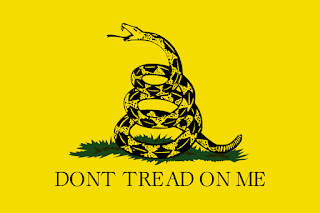 By the time American explorers encountered Native Americans in 1803, the time was ripe for a new era in footwear -- one that united American ingenuity and European leather. You can read more about it here.

The legacy of comfort, support and shoes that actually had a "left" and "right" is honored here at 1803. No pinching, pulling, scraping or teetering: just shoes that bring old world and new world together, in harmony. Visit our website for your new favorite pair and enter promo code "fall35" to save some dough. (We like food metaphors, too!)
Posted by Hollowick Inc. at 6:00 AM No comments:

Someday My Shoes Will Come...

No story revolving around a shoe is more famous than Cinderella. For the sake of her fairy-tale ending, it's a good thing she had a personal shopper/godmother to mold the glass directly to her feet, saving her hours of frustration. After all, in the frenzy of dressing for the ball, she had no time to pop into the department store, ask for "this color" in "this size" (inevitably finding that no, actually, they don't) and teeter around to see how each pair fit.


It was only a matter of time before the ease of online shopping replaced the chaos of kneeling salespeople, mismatched shoebox lids and sweaty compression socks. The one drawback: shoes can't be tried on over the Internet. Here at 1803, in addition to pictures and detailed descriptions, we have a guaranteed return and full refund policy.

This weekend, we read a New York Times article that offered a window into the future of made-to-order, 3-D printed shoes. For now, they're too costly for the mass market. But the aspects of comfort, distinctive style and convenience for the consumer: we stand behind all of these. We like to think that our shoes, like our website, achieve a seamless blend of classic and modern. Supple leather meets flexible breathability; time-honored tradition meets modern silhouettes. The end result: gloves for your feet, selected in comfort, with no pressure and no pinching...and no chance of losing a shoe at midnight.

Posted by Hollowick Inc. at 7:03 PM No comments:


After a summer of relentless heat, it's heartening to see the first signs of fall: pumpkin spice beverages, jean jackets, and the occasional golden leaf. It's also the busiest time of year, especially with back-to-school bursts of activity and resuming work routines that may have lightened a bit in summer months.

What does this combination of natural beauty and calendar chaos mean? It probably means that you have a lot on your plate, but only a short while to accomplish it. It means you'll be spending lots of time on your feet, whether striding through the work day or racing from meetings to dinners to dates. It also means you'll want to maximize your budget to invest in a few new statement pieces for fall -- ones that are classic, but also comfortable; that guide you through the day with style and full support. And do you know what fits the bill (and, of course, your feet)? 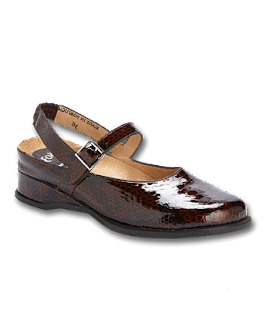 Our shoes, of course! Soft, supple Italian leather with modern soles bridges the gap between comfort and style. Our name hearkens back to history, but our vision is fashion-forward! It all adds up to comfortable shoes that really do fit like a glove -- and will have your friends asking, "Where did you get those shoes?"

Share our site, 1803footwear.com, with a friend. And to thank you for visiting our blog, we'd like to share the promo code "fall35." Use this on our 1803footwear.com to enjoy 35% off -- and standard free shipping!

Once you've gotten the shoes, please share your signature fall look on our Facebook page! We look forward to adding mileage and momentum to your season.